Just added to your cart

It is no secret that Himalayan Salt has become hot stuff among health enthusiasts nowadays. It’s a much-talked-about subject, even debated about as well! From the different colors of Himalayan salt to the claims of its outstanding healing powers, it seems like this salt is attracting more and more attention each day. Loyal users of Himalayan salt have given up the use of regular table salt in favor of a more pure, holistic option. Do you ask why?

They say, there’s a lot more to this uniquely colored salt than meets the eye. It’s supposed to be super useful in so many different ways. It’s pure, all-natural, and free from additives and rigorous refining. It is hand-mined from rock salt deposits having accumulated billions of years ago, exclusively in the Khewra Salt Mines located in the Punjab region of Pakistan. What more could you ask for?

One thing that may be intriguing for many is the different colors of Himalayan Salt. Although it mostly exists in varying hues of pink or orange, its color is not homogeneous. The color of Himalayan salt is one of the main distinctive features of this salt. Read on to find out the different appearances this salt has.

Know What You Eat – Different Colors of Himalayan Salt, and What They Mean

Crystals of Himalayan salt may be white when extracted from outer areas of the Himalayan pink salt mine. Since these are a rare variation of the natural rock salt, you can expect the price to be a little higher than the usual Himalayan Pink Salt.

As a matter of fact, white Himalayan salt itself can vary in shades from pale pink (almost like rose quartz) to grayish hues to pure white in color.

Although the iron content of white Himalayan salt crystals may be lesser, the crystals are said to contain the usual 84 essential and trace elements that are characteristic of Himalayan salt. 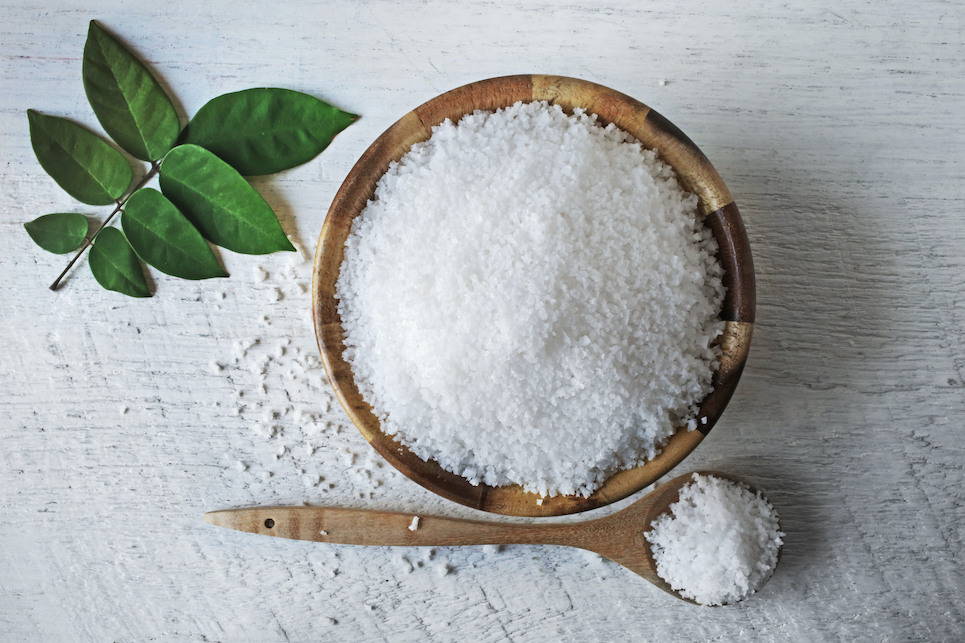 White-colored Himalayan salt is usually used to make salt lamps. The color doesn’t create any difference in the effectiveness of salt lamps.

Himalayan salt lamps made from white Himalayan salt crystals are also said to generate negative ions to clean the air, just like Himalayan Pink Salt lamps. Negative ions generated from white salt lamps may potentially clear the air from dust, dander, and harmful positive ions present in the form of electronic smog. They are said to alleviate symptoms of allergies, respiratory problems, headache, migraine, and even many skin conditions.

In metaphysics, white color is utilized for purity, love, clarity, and peace. No way to underestimate this one, right?

Himalayan Salt is said to get its unusual reddish-brown hues from minerals and elements present in it in trace amounts. The basic constituent elements of salt are sodium and chloride and anything other than that is the trace elements.

Red color mostly comes from the high iron content in Himalayan salt. Other than that, the number of essential Himalayan salt minerals is far from limited, including calcium, magnesium, zinc, and naturally occurring iodine among other numerous elements. 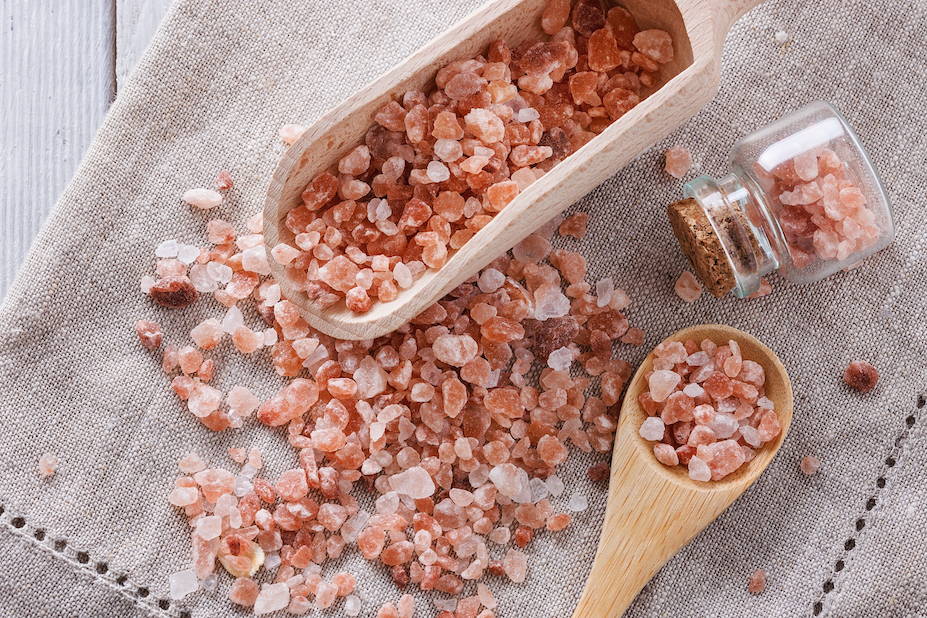 Red Himalayan Salt is clearly an iron-rich variety of salt. Some salt crystals of generally the same color may also vary from each other since the iron content among Himalayan salt crystals isn’t constant.

These red or light red-colored Himalayan salt crystals are mostly used as finishing salt and margarita salt to enhance the presentation.

This is the most common form of Himalayan Salt available in nature. The pink-orange hues of the salt make it a favorite for forming affordable Himalayan Salt lamps that reflect the shade of these crystals to create a calming aura. These lamps clear the air, promote peaceful sleep, and are said to heal ailments as well.

Himalayan Pink rock salt is becoming a household favorite for the variety of purposes it can be used for. If you think salt is just to sprinkle over your savory dishes, think again! 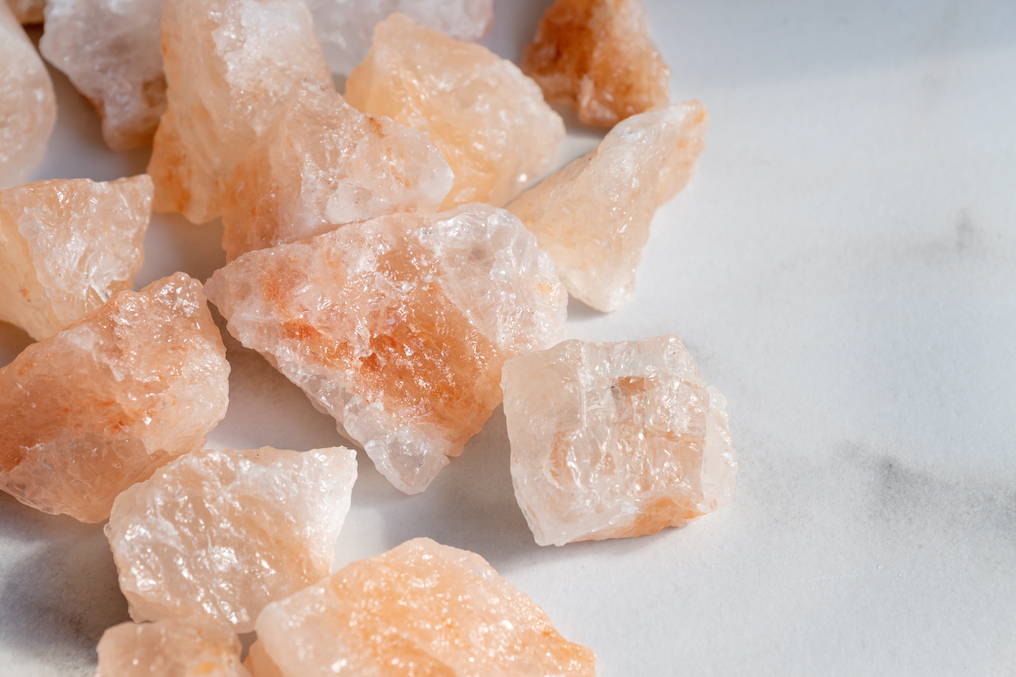 From luxurious baths infused with essential oils and packs of bath salt to their uses in daily beauty and skincare regimens, it seems like this is a must-have ingredient in your pantry!

Cook meat over pink Himalayan salt blocks to soak up the goodness of minerals in your steaks along with the flavor. Drink a small portion of diluted Himalayan salt solution (sole) early morning for an energy boost. Rub over skin to smoothen out rough patches, eczema, or cellulite. The list just goes on with new uses being discovered each day!

So, Which Should You Add to Your Food?

Knowing you have a lot of choices can be quite comforting at times, while the exact thing can make you uneasy when you can’t seem to decide! With the various hues of Himalayan salt available, it might be confusing to choose the best out of those.

It is a common myth that the darker the salt, the higher its mineral content. This is not entirely true. Dark colors correspond to higher iron content since iron imparts a reddish-brown color to foodstuff. Actually, the component giving your red blood cells their primary red color is Haem, which is also made of iron!

When using Himalayan salt in your food, pink salt or a mixture of all the colors would be your best bet. The benefits are due to the number of naturally occurring minerals in the salt – 84 total, minerals, and trace elements included!

It’s a curious thing how some people claim that this salt even tastes different to them than regular table salt. Chemically, they are both sodium chloride. Physical incorporation of other elements in Himalayan salt minerals over time could have changed the taste, maybe?

In this era of excessive machining and synthetic products, finding something truly natural can seem next to impossible. It’s a comforting thing to know you’re at least trying to make healthier choices. You should try using it once and make your decision based on your experience of cooking with it.

Whatever the color of Himalayan salt, one thing is for sure – its natural, unadulterated state is beyond comparison to your regular white table salt.